The long wait is finally over! The time has come and your patience is to be justly rewarded. Indeed we are ready to pull back the curtain and reveal the totally true identity of Project: Aftercare!

But first we must address the elemental in the treasure room. It’s been made clear to us that those among our learned comrades of the PC Gaming Elite, as most of our fans are, have no need for console editions of existing games. The fog now serenely lifted from our folly by your cold, hard feedback, we have taken the right course and cancelled the upcoming Sony PlayStation release of War for the Overworld. 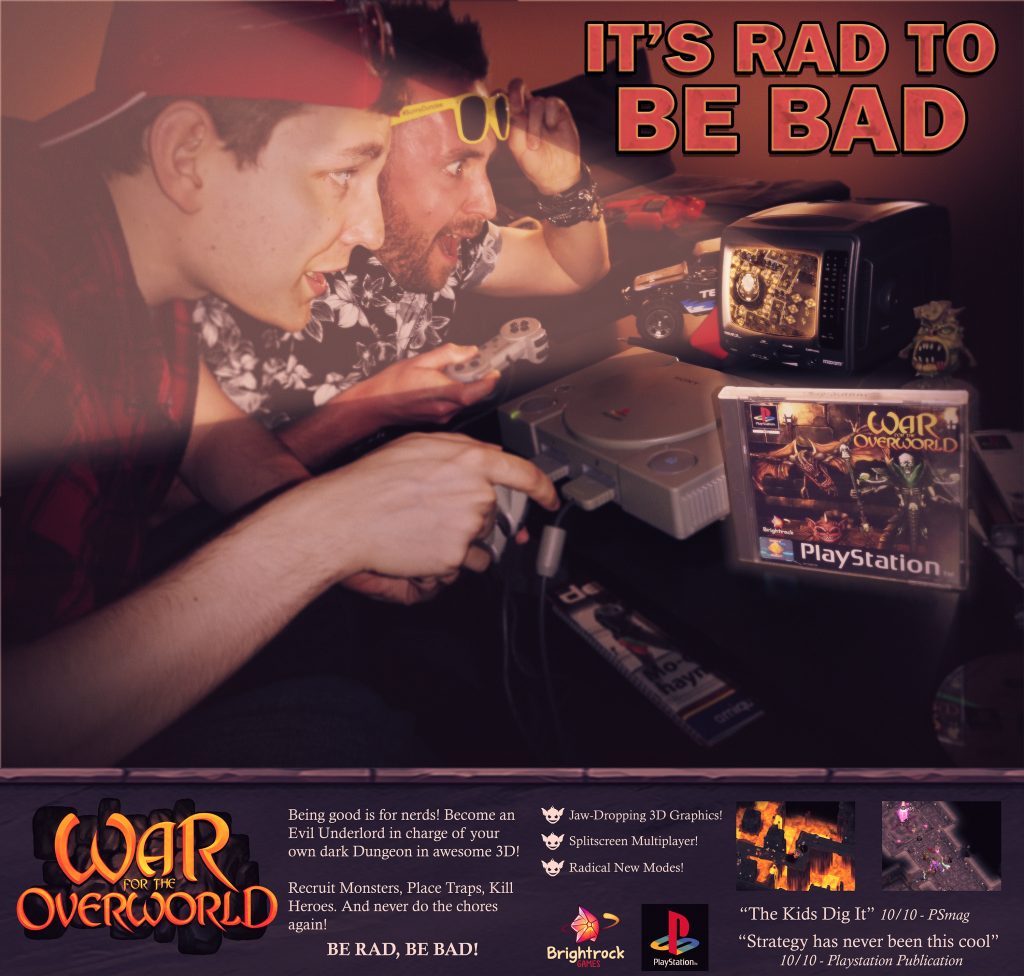 Who even owns a PlayStation anyway?​
With that much needed course correction now well and truly behind us, we needed to consider once more what it is that our most valued fans truly want... No... What is it they need? There can be only one answer! Introducing ULTRA Street Fight for the Overworld Hyper XX Accent Plus Double Overload Turbo!


Deadly Dungeon Combat Confirmed!​
ULTRA Street Fight for the Overworld Hyper XX Accent Plus Double Overload Turbo (USFFTOHX2A+DOT for short) is the premier 2D fighting game from the team here at Brightrock. Looking at our core cast of characters we knew that the next big thing our fans would truly need is to see these devilishly diverse characters beat each other senseless. 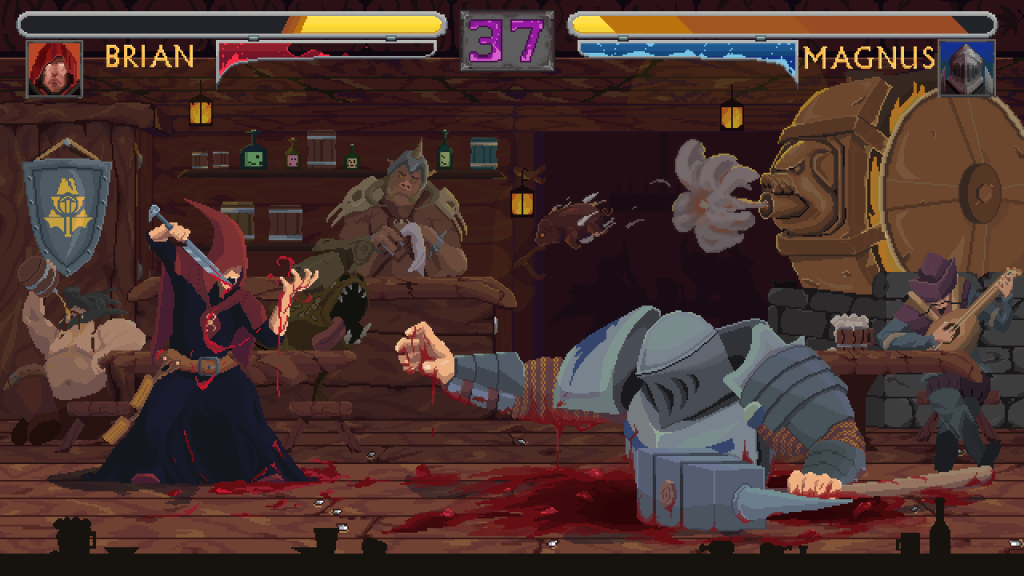 You’ll duke it out in richly-detailed environments straight from WFTO!​
You and up to one additional friend will pick from 20 wickedly awesome dungeon dwelling characters, all drawn from War for the Overworld’s pool of both Underlord and Empire units! Not only that, but each one will be realised in a jaw-dropping retro pixel-art style! Each character also features a full move set to call their own, from the blood-wielding cultist Brian to the ever charming and deeply disarming Lord of the Land, Lord O’Theland. There are even 3 hidden characters to unlock!

Here comes a new challenger!​
But what makes USFFTOHX2A+DOT truly unique and special in this highly competitive genre? Well we’re glad you asked gentle beat ‘em up aficionado! In addition to choosing your character you’ll also pick a master for them, an Underlord if you will (or otherwise!) to command them in the arena and provide even more unique powers!
For example, choosing Underlord Kasita as your master will grant your chosen warrior the “Blood Money” trait. This means that for every point of damage they do to the enemy you gain gold. This gold can then be spent between rounds or even mid-match for special boons such as:
Kasita isn’t the only master who you’ll be able to pick though: all of your favourite Underlords are available, except for Korvek - he’s too popular to be included in the base game. But rest assured we have the perfect solution for those who can’t do without!


Expand Your Experience!​
USFFTOHX2A+DOT is what we like to call a living, breathing, fleecing game. By that we mean that it will continue to evolve in new ways to make us money and to offer you, our valued player, valuable but overpriced downloadable content.

This includes new characters, masters, skins, hair colour changes, music, UI interfaces, cheat codes, story skips, and mutators! Needless to say, if we can think of it we’ll put a price on it! We’ve already planned out our first fifty DLCs for the 2020 Season Pass; here’s some of the highlights:

Cover up and protect yourself from those harmful rays and gazes!

If you don’t feel like paying extra for your post-release characters don’t worry - we’ll be releasing ULTRA Street Fight for the Overworld Hyper XX Accent Plus Double Overload Turbo - Revision Reload (USFFTOHX2A+DOT - RR) within the next two years! This edition will include all DLCs and space for plenty more to be added later!
Finally, all that remains to be said is that USFFTOHX2A+DOT will be coming soon to PC and also to the cutting edge Super Nintendo Entertainment System. 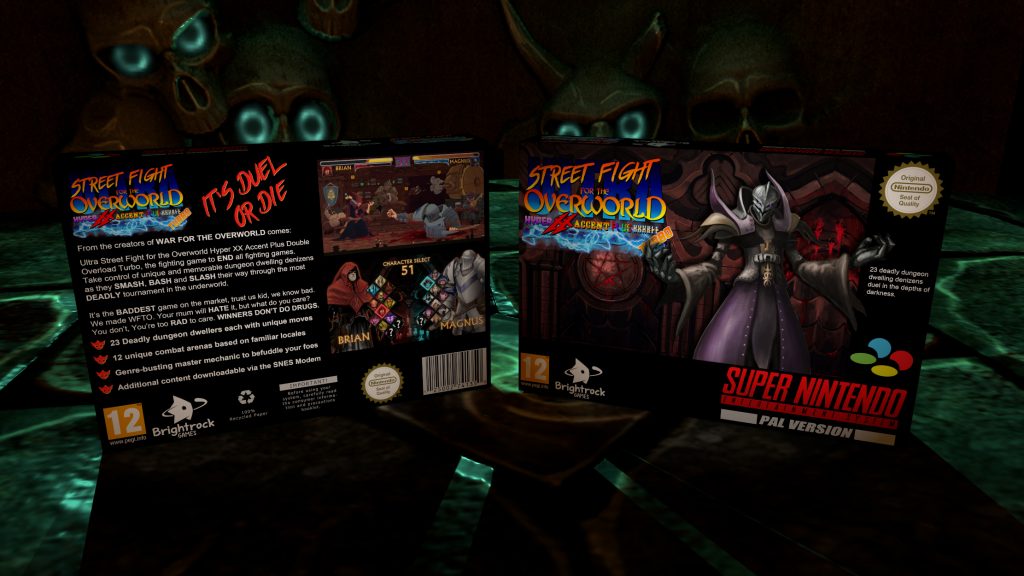 See you in the arena, Underlord!

Join us on Discord and chat with us and other fans!
Never miss an update! Sign up to our newsletter!
Likes: Peetfighter

Bahahahahahahahaha!
Click to expand...
Always happy to provide a good laugh on this day! Easily my favourite day of the year!
R

i made this forum account just so that i could say how much i appreciate yall. thank you for putting so much effort into this funny bit, it totally made my day!
if the gaming industry was full of people like yourselves, there would be no room for depression on this planet.
Likes: Peetfighter

red_conscript said:
i made this forum account just so that i could say how much i appreciate yall. thank you for putting so much effort into this funny bit, it totally made my day!
if the gaming industry was full of people like yourselves, there would be no room for depression on this planet.
Click to expand...
Thanks for the kind words! It's out pleasure to bring a little positivity in these tough times. We hope everyone stays safe

Fight in the underworld It is not a bad idea to fight with the wfto characters this game would be awesome!!!!
Call it Dungeon Fighter
You must log in or register to reply here.
Share: Twitter Google+ Reddit Pinterest Tumblr WhatsApp Email Link
Top Bottom