It’s been a little over a week since our reveal of the new Titan mechanics in patch 1.4
Click to expand...

In the Heart of Gold announcement post we stated that Heart of Gold would be releasing this month. However, based on the current state of Heart of Gold we don’t believe it will be ready for the original target. As such we are pushing the release back to May.
Click to expand...
Well... I guess it's time... The Aureate Monolith is a new construct that will be slotting neatly into the Veins at the end of the neutral tree. It occupies a unique role of enhancing the result of combat by instantly turning fallen friends and foes into golden statues to be mined. It’s also capable of stealing gold directly from the earth, statues, or even your rivals.
Click to expand... 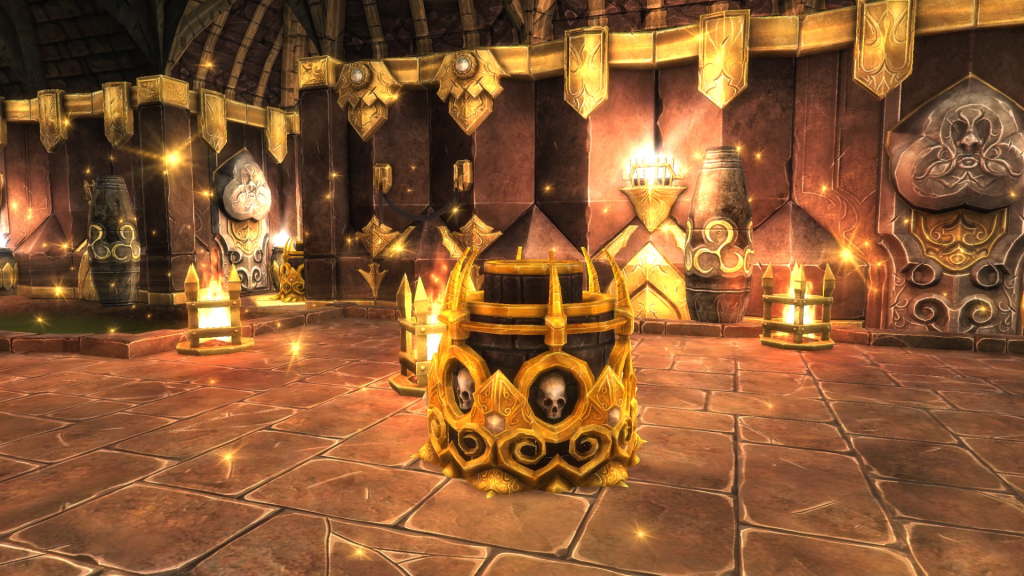 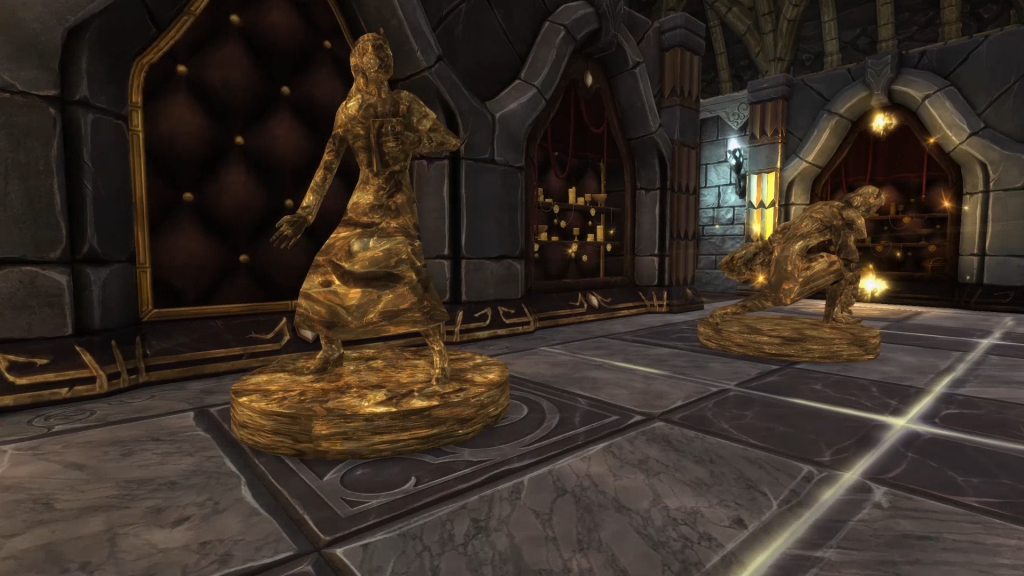 I am disapointed that you are delaying it but I understand and I just know it will be that much better.

All I really have to say about Heart of Gold is... Electrolight said:
Click to expand...
Oh... oops That just shows you how long it's been since I started writing it

Electrolight said:
I have 6 questions.

1. Will the Aureate Monolith be able to interact with or extract gold from the Gold Shrine?
2. Will you be able to rotate the statues after placing them somewhere?
3. Will you be able to place statues on non claimed tiles like the (not so) liquid gold, lava, water, dirt, etc...?
4. Will you be able to place gold statues in the map editor?
5. What is the Aureate Monolith's max radius for collecting/extracting nearby gold?
6. Why aren't the skulls on the Aureate Monolith gold? It seems like they should be gold.
Click to expand...
1. No Interractions with the Gold Shrine, it would be far too powerful
2. Statues will automatically face your camera when dropped
3. You can place it on most tiles within your AOI, however the usual restrictions for dropping objects applies
4. Not at this time, though it would be nice to do, we'll see
5. 4 tile radius, 8 tile diameter

6. Because if they were gold you wouldn't have noticed them. From an art perspective the Aureate Monolith is already extremely gold, if you don't add something to break up that gold you'll lose contrast and details will be lost. As an example from my own painting:

As you can see the principles mentioned above are at work here, you'd find that even if the undercoat was say a golden color the details wouldn't stand out due to lack of contrast. Stronger contrast breaks up an object and helps define areas of interest. If you imagine the monolith from an RTS view the skulls would not be discernible if they were golden.

From a lore perspective they're not physical skulls because a construct is essentially created from mana. The Skulls are representations of the Artifacts evil nature, a reminder of the death that approaches and a horrifying messages to anyone that views it.
Likes: Antking and Amon

Noontide said:
6. Because if they were gold you wouldn't have noticed them.
Click to expand...
Just call it white gold.
Likes: Amon
C

Its May.
When is it coming out?

Oh and btw - great work guys! I checked it in early access to find it really buggy and sluggish and being a huge dk2 fan I was really disappointed. Just installed it again before a few days ago and I see it has went a loooong way. ALMOST there, just a things would make it the thing we all crave for! And don't give me the "memory is a cruel mistress" crap, I played dk2 a week ago from the GOG release and it is as good as ever. The possession spell feels a bit funny, I find it a bit sluggish to command my troops from 1st person perspective in WFTO - in dk2 it was smoother and sometimes even a quicker way to lead the attack (maybe this is a performance issue or I need more practice to get used to the possession spell...). Some performance issues and minor bugs, but as I see the posts this would be improved in 1.4... And the scripted maps would be a blast if scripting is added to the map editor in the future. From multiplayer point of view I really like how WFTO is made, with all the available game modes and community maps. Also kudos for the gameplay itself - you really nailed it with the different-from-original-dk additions like rituals / potions / sins, I can see a true dk2 fans were at work here. Did I miss the boulder trap or there is nothing similar here? It was really a good addition to dk2, there even was a level dedicated on redirecting boulders with slaps

Looking forward to future updates and expansions and keep it up!
E

As such we are pushing the release back to May.
Click to expand...
So what part of May do you guys think you will be done with HoG and have it out?

When can we expect the next preview?

Nah, hopefully within a couple of weeks. To make things interesting I'm going to bet the release date will be Thursday the 19th of May.
E

It has been 3 weeks since the last post and there is only 13 days left. Can we get an update? Are you guys planning on delaying again? Would smacking @v0id to make him work faster help?

Electrolight said:
It has been 3 weeks since the last post and there is only 13 days left. Can we get an update? Are you guys planning on delaying again? Would smacking @v0id to make him work faster help?
Click to expand...
Heart of Gold will not delay. But it's extremely busy right here now so we've not been able to push out an update recently. Much like the last one it'll come when I have time to finish it off
Likes: BlackBeard