The POWER HAND OF EVIL™


It has been some time since we shared news from within the fortified walls of the Brightrock foundry but for good reason! Our Augres have been hard at work crafting the true form of Project: Aftercare and it is the thing you’d least expect…


That’s right Brightrock has long since left the software space and we’re now entering the hardware race. So with an exultant howl we present to you at last Project: Aftercare or more accurately THE POWER HAND OF EVIL™!


Meet the POWER HAND™ OF EVIL
​
We know that many of our Underlords have longed for the day where they could reach into their dungeon and pluck their minions from its dark corridors and drop them elsewhere, or even deliver a hefty slap of your own. 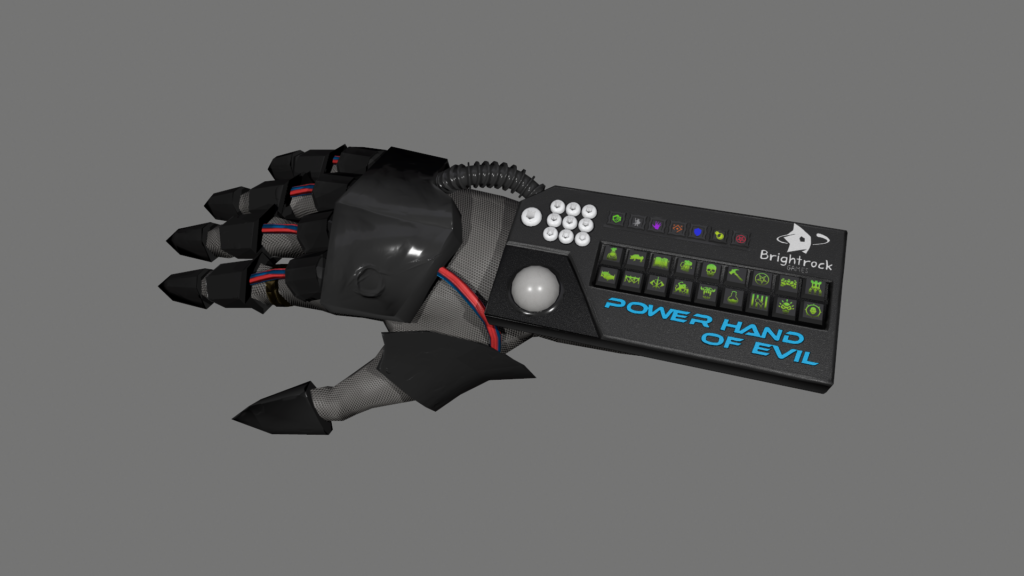 The POWER™ HAND OF EVIL features full finger tracking, and emotive motion sensing engines; it is fully compatible with all your favourite War for the Overworld actions and with the full power of your normal UI functions you’ll quickly find yourself throwing your keyboard and mouse out the window for this vastly superior control scheme.

You can probably even use it in other titles, though we’re not sure why you’d be playing anything other than War for the Overworld, the greatest game ever made.

Become Radical!​
No doubt you’re already reaching for your wallets and who can blame you? Not only will the POWER HAND OF EVIL™ will not only improve your gameplay, but also undeniably make you more attractive to those around you. 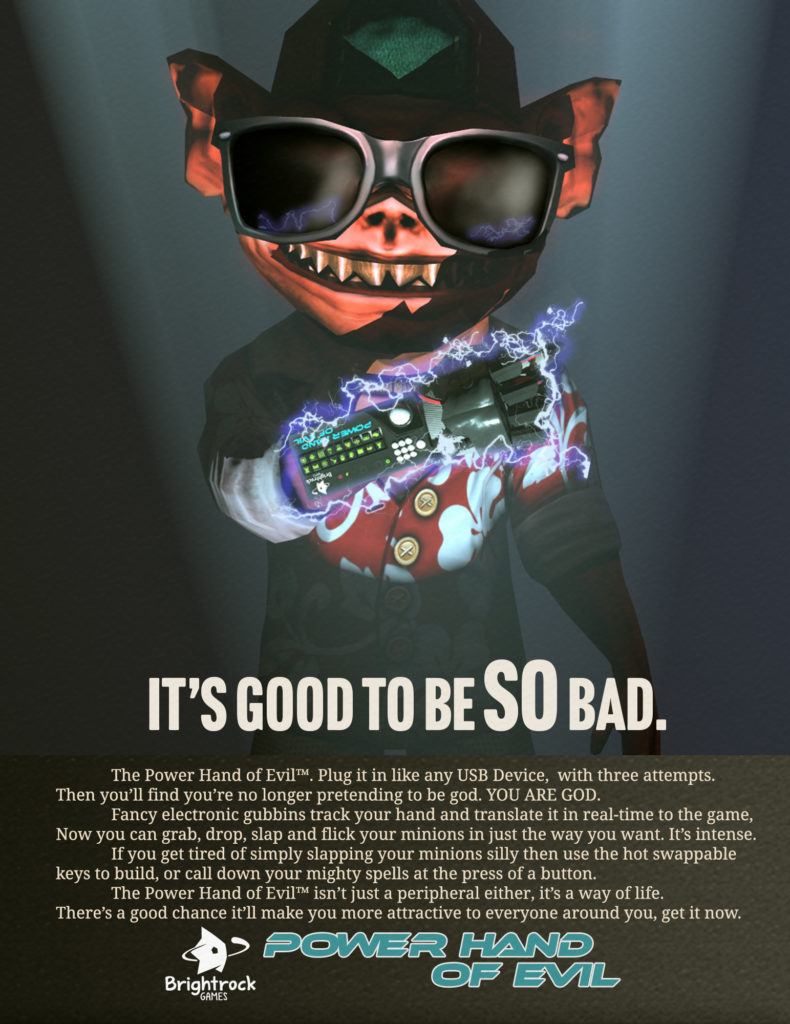 ​
Obviously the current state you’ve seen is still an early prototype but we have opened up pre-orders of the super special founders edition! For a low markup of £2,500 you can get early access to the POW™ER HAND OF EVIL and any early hardware faults it develops! Bargain!

If you’re ready to take the plunge grab your founder’s edition version of the hand soon for the low-low price of £3,500.

Look forward to more announcements from us this year!

Until next time Underlord,

Join us on Discord and chat with us and other fans!
Never miss an update! Sign up to our newsletter!
Likes: SeriousToni

SeriousToni said:
Haha that's great - ordering now!!
Click to expand...
I knew we could count on you! You won't be disappointed.
Likes: SeriousToni


Never change guys, it's a treat every year!
Likes: SeriousToni

Aotrs Commander said:
I love the Power Hand... It's so bad.

Never change guys, it's a treat every year!
Click to expand...
Haha well thanks for checking in year after year. It's always my favourite thing to do even if it often comes down to the wire.

Perhaps next year will be a year of change though we'll see.
Likes: SeriousToni