Examples of the shortcomings of the AI behavior

The AI does not attack, if between him and the enemy sacred earth.

Sometimes the AI makes the curves of the room.

In the long battle AI sells re-captured the room in parts. Much more efficiently or sell completely (and replace the other room), or not to sell.

If Dungeon core is impossible to connect (with the occupied territories) with the gateway - the AI does not build the rooms. AI becomes simply a fiction, a useless piece of code. I beg to correct it. The separate existence of areas (in particular, Dungeon core and gateway) - should not lull the AI into a stupor. 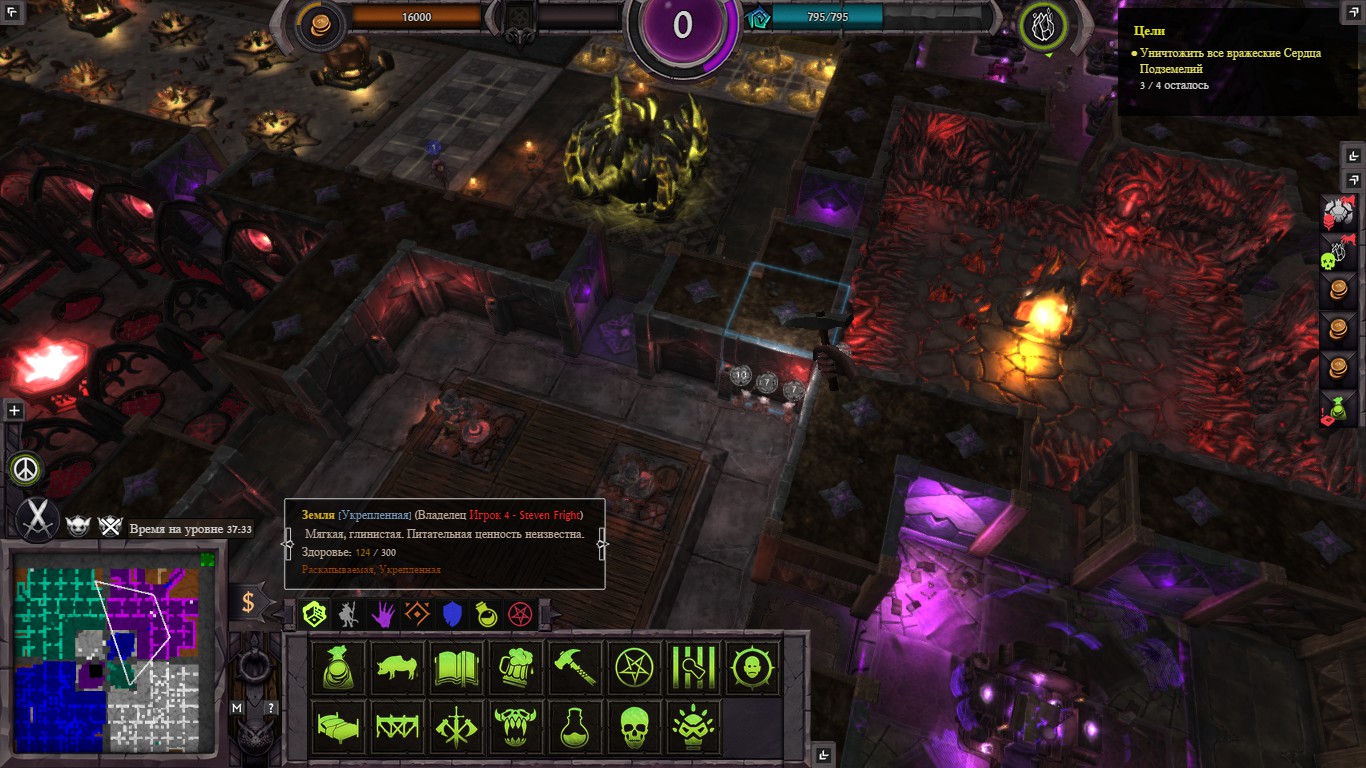 In the screenshot, the workers of the Empire. They break the wall Steven. But Steven is already dead - his dungeon is destroyed.

Sometimes the AI does not protect its own Dungeon core. Although the army more than the opponent. Just don't react, when his dungeon core loses health, it's not important to AI. 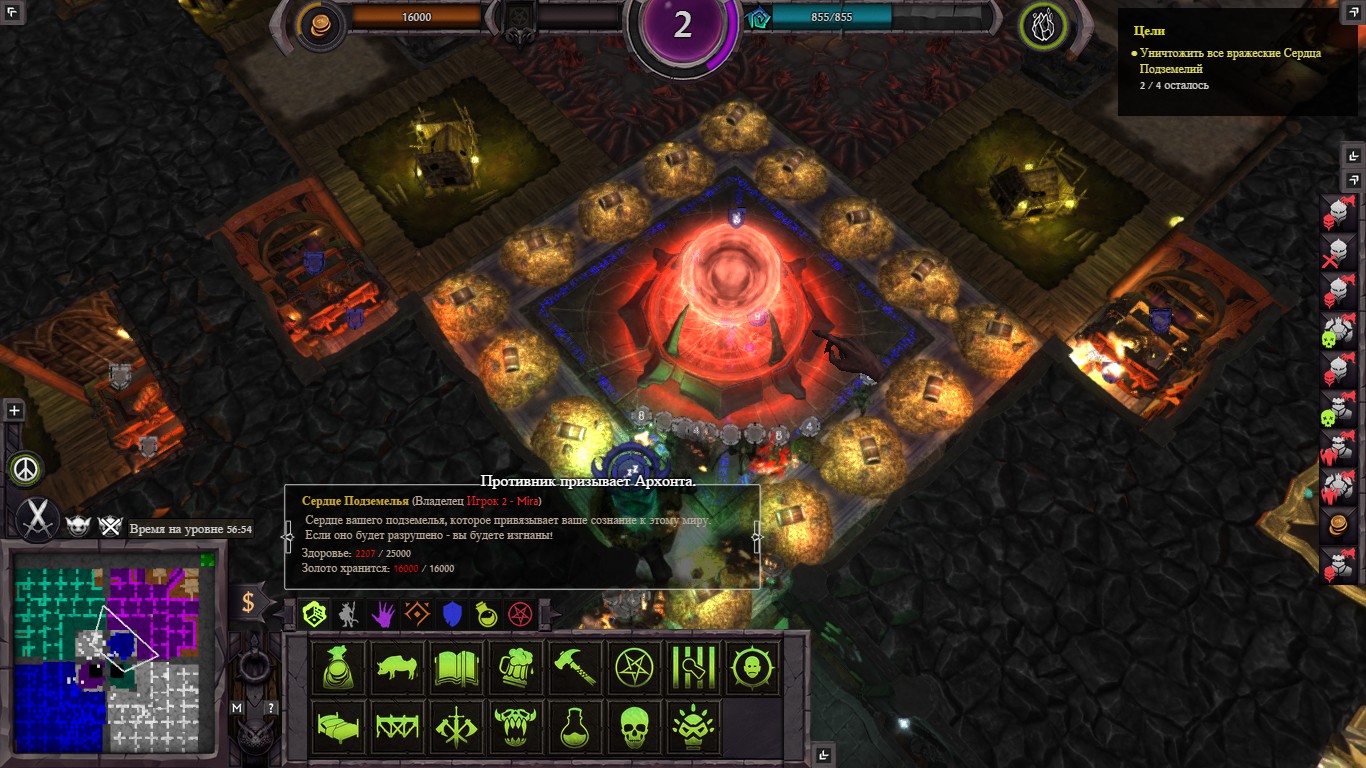 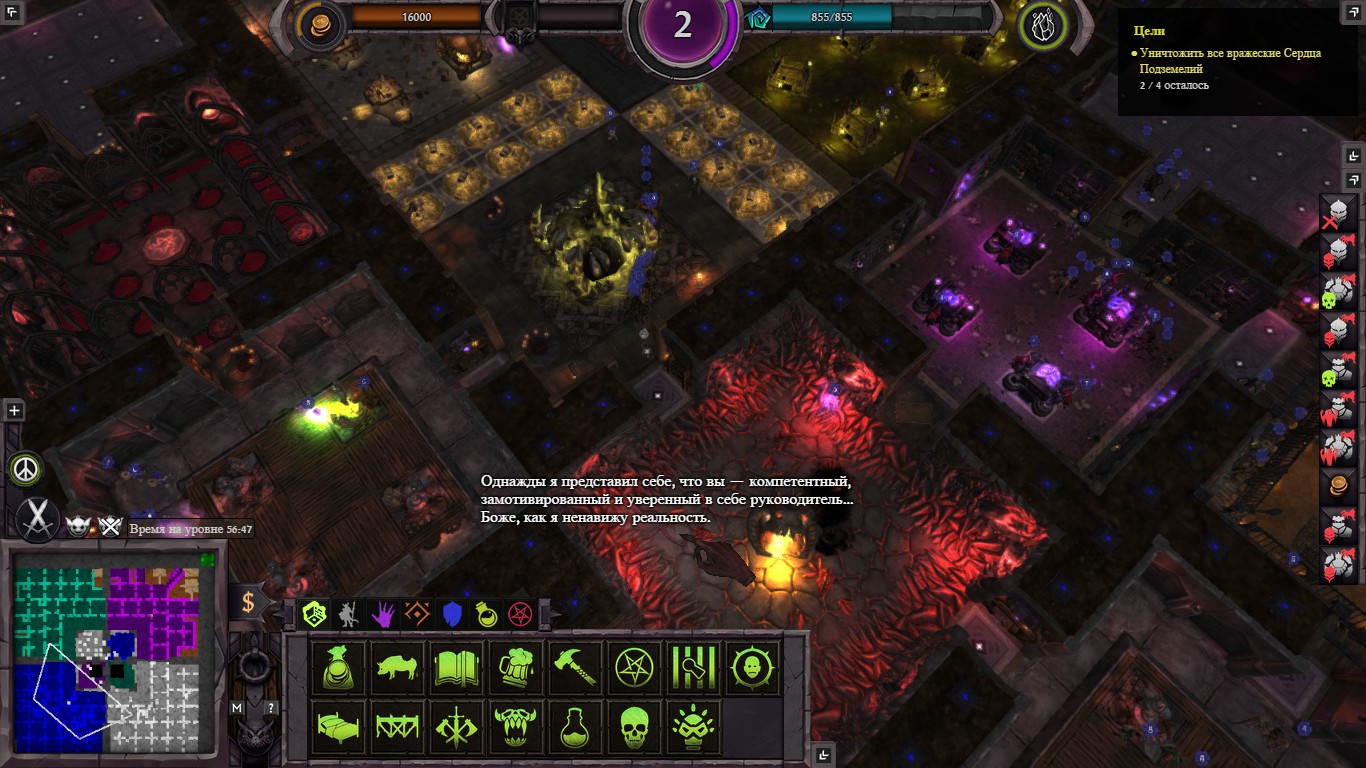 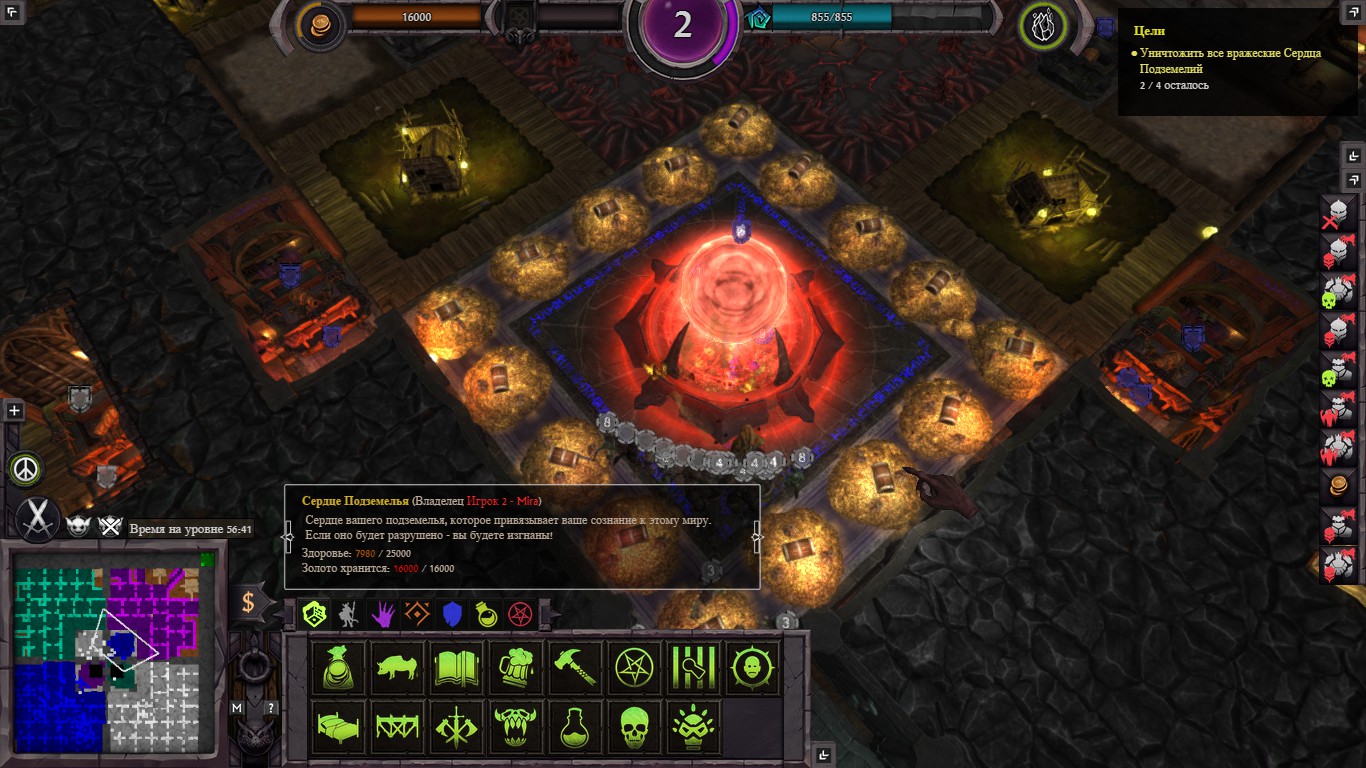 I watched more than an hour, AI did not build the room.
Not blown brimstone.

I found that if revenants attack the AI (for example, attacking the dungeon core) - AI does not use the rally point. AI does not consider revenants enemies. Their only attacking creatures was next, but the flag attack they not put.

In the screenshot you can see that revenants are attacking the dungeon core. But the AI not to put rally point. Fighting only imps (on their initiative).

Other problems:
1. The AI never heals own titans.
2. AI never uses the spell "Gild".
3. Does not use "Replacement Earth" (and this is important, because the AI often breaks enemy walls)

AI does not attack imperial bombards (inside its own territory)

Watch the video. More than 70 minutes of game have passed. AI (2 AI, level "master") have within their territories a group of imperial bombardments. But do not destroy them using rally point (flag).
I noticed the following drawback of AI. He does not perceive, as a hindrance, imperial defenses (at least if the empire does not have a dungeon core) - if they are not on the way to the opponent.
I hope you do not need to chew that this is a defect of AI, and will be useful for the game, will it be corrected?
Last edited: Mar 20, 2017

Idiotic control of creatures (AI throws them into the inaccessible dungeon core):

In map editor I put 5 imps and 1 ghost worker next to gateway. The AI used them to build several rooms. But then sent all the imps and ghost worker in a private dungeon core (which is closed using Brimstone).
Also, the AI sent some other creatures, such as beast master and ember demon.
Why? Instead, to strengthen and expand the territory, to serve the needs of creatures (drag gold from gold heaps, to bring pigs to the tavern, to strengthen of the walls ) the area of the dungeon is left without a job. And, the enraged creature killed dungeon core. 100% marasmus.

AI must restore the missing tiles of its rooms.