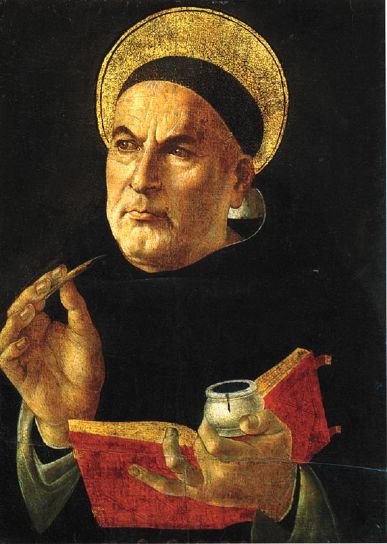 The Preacher is a bit out of touch and not-quite-always-there, but on the face of things he is a harmless old bean when he isn't subduing ravenous blood-thirsty subterranean monsters with his staff-of-office.

He is a bit rough round the edges, yes. He often forgets where he is and wanders off, yes. Half the things he comes out with are a little odd, yes. But when push comes to shove you know the Preacher has your back.

Behavior in Dungeon
Preachers are absent-minded, but still able researchers and so will spend much of their time researching. The also often spend time in prayer. That said, they do train of their own free-will.

Most of all though... they sleep a lot.

Nice we defiantly need a healer unit for the heroes I would go with the CLERIC name as it sounds alot better then preacher.
Also would this guy do any additional damage to the undead or demons seeing as how he is a holy man of sorts? Kinda like the Monk vs Vampire from DK2?

I like this, much better representation of the typical healer unit. Plus I think the concept is hilarious. An old man who forgets where he's going half the time. He walks to a battle, stops, goes blank, and turns around.

Plus I though the heroes needed a holy unit.

He kinda fills the role of the Monk, yeah. Dedicated battle buffer and healer. As such, depending on how the Vampire is set-out, that would be the intention to have them as adversaries.

Also, I do believe MGR's intentions when he was balancing things was to have Heroes use majoritively buffs while the Keepers focused on debuffs.

I love the picture. It's totally medieval! We can nicely use one of these. I was thinking to post a "Bishop" unit (Or "Archbishop" to promote it just as the Lich was XD). But this is cool. Totally fits for me.

It's St. Thomas Aquinas, the writer of Natural Law Theory (based on Aristotle's theory of ethics). His character is not what I would expect in a "defense against the dark arts" type character... seems like a replacement for the Monk. I was never really a fan of the Monk, it was a very annoying character. Useful, but annoying.

His role might be better suited to a Shaman (protector of natural order, allows for in-character slaying of monsters and studying).

If you don't mind; I'm going to use this character as a template for the Shaman, the stats/moveset will be mostl the same. But some minor changes to details.

I liked the monk, but if you want to go ahead. Before you do, however, consider this. It is common belief that there were monks who doubled as warriors. They carried maces into battle instead of swords as a kind of loophole.

It is popularly believed that maces were employed by the clergy in warfare to avoid shedding blood (sine effusione sanguinis). The evidence for this is sparse and appears to derive almost entirely from the depiction of Bishop Odo of Bayeux wielding a club-like mace at the Battle of Hastings in the Bayeux Tapestry, the idea being that he did so to avoid either shedding blood or bearing the arms of war.
Click to expand...

Little in reality to support it, but it is perfectly within the realms of a fantasy setting that a monk can be a warrior and a monster-slayer. More so if you account for magic.

Hell the Templar order was a monkish order. And they were devoted to war. Of course their aspect and gear was more battle-specific. I personally always saw the monk as brave god men who despite of their weakness entered the dungeons to clean the land of evil influence.

What about an "exorcise" spell that would affect (weaken or harm) the undead and demonic creatures?

MeinCookie said:
I liked the monk, but if you want to go ahead. Before you do, however, consider this. It is common belief that there were monks who doubled as warriors. They carried maces into battle instead of swords as a kind of loophole.

Little in reality to support it, but it is perfectly within the realms of a fantasy setting that a monk can be a warrior and a monster-slayer. More so if you account for magic.
Click to expand...
I know, it's just a personal preference. I did create the thread, but I've left it open for revision to make it unique from the Cleric, so they could exist side-by-side.

EDIT: I guess my issue with it is the mace. Without the mace, I think I could accept the Cleric into my heart. Also, my views of the Monks are skewed by one particular level in DKI where you're swarmed by a tonne of Lv8 monks that are practically impossible to kill because they're constantly healing each other.

Well when I started I was going along the lines of the "Mad Reverend" with a mace and a bone-saw. It seemed to be pushing the limits of the Hero team just a little to much, so I slightly repositioned it. The mace remained, but what would you suggest in its place?

They can just fight with spells! That holy hand grenade reminded me of Worms

I liked the Worms incarnation too .

Yes, as egg said. They should just fight with spells, or not at all, make them passive. Give them heal at level 1.

Zuriki your jokeing about the passive thing right? why would anyone in their right minds go into a monster filled underworld armed with nothing but a book and a robe that somthing I expect out of a wizard since they cast attack spells.

They would go in because they're backed up by guys with heavy armour and long-swords.

Pretty much the same reason Journalists will go into a warzone unarmed.

Meh, he can still wack people with his Crozier.

Mace has been removed, I don't want to give him any attack spells and ranged is out of the question so I'll leave it at that?

i like this confused old geezer... thumbs up MeinCookie!