Nice something to work on ....

Basically Dev's stated creatures will have ~3/4 skills (not including meele) + 1 utility skill (like not having to eat while researching for cultist)
You could try to write some more about those skills, i would also like if you somehow make more focused skill set.
If she is support give her some curses/hexes slow is nice, polymorph (?)
Maybe something like her *basic ranged* skill was small damage with nice slow that she can spam quite often
Also I would raise her wage and train cost to be arund medium.
I would also stick to poison (maybe low dark) resistance. No need for her to be resistant to all because she will prolly sit in the back
Also raising health a bit would be good distinction from Cultist.

Rhalius said:
How Introduced: The first witch needs to be found in an area on the map, once found she provides information to advance the plot. In this level she is the only available witch.
Click to expand...

Uncanny - i didn't see this post and suggested a witch (hag) type character myself,, different in some ways, but similar idea!
what's freaky, is this introduction is almost EXACTLY what i put!

genuinely didn't see your post until after i put mine up.

Its alright, I too would very much like to see an ugly old witch/hag kind of character in the game since it would be rather unique. Not all ladies can be pretty.

I would have thought you would make a witch have a high intelligence! Also why does it have to be an ugly witch D: why can't it be a sexy witch???? I have to admit an ugly witch would be epic to abuse.. Wait did I just say that?

No in all seriousness, I think they should be intelligent, but other than that, I think this idea is great! I'd actually be surprised though if they hadn't already thought of putting this in, it seems like a given if they're going to expand this game further than their predecessors!
They could have witches for the monsters, and Sorceress's for the humans. Just a simple idea.

heh well its likely that pretty much every female hero and creature will be attractive, a witch is very suitable to go against that. She could envy the pretty lasses though and perhaps try to steal their youth in some way.

I went with average intelligence since witches usually dont seem the bookish kind. They could be usefull as secondary researchers, they arent bad at it after all, but not good either.

Something like alchemy would be far more suitable for them if such a thing is in the dungeon.

I fully support a Witch creature in WFtOW. I feel the game could use more classical Fantasy/Mythology creatures.

I'm thinking there could be multiple spell-casters for each side(Underlord and Imperial), a glass cannon nuker, a healer/supporter and a crowd controller. The Cultist kind has Healer/Supporter covered, so I am thinking a Witch could be a crowd controller, throwing curses around that disable or weaken targets with a damage spell for assault contribution.

A sexy witch... have you seen the Preistess?

The original Witches way back, when christianity wasn't even invented, were priestresses of ancient deities and were said to be able to commune with the spirits. That doesn't say much about their appearance, but I think, they were organised in groups of a maid, a mother and a crone. You could have three models, that could represent that.
I could also give a reason, why they'd want to enter your service. The imperial church seems to persecute people of different religious belief, so in order to survive the witches could join your ranks. It couldn't possibly be worse, than to be burned alive, plus you get to have revenge on the hypocritical Inquisitors.
I think her skillset is interesting. I could work with different kinds of poison, so multiple debuffs would be applied. For extra nastiness, you could make each individual debuff increase in damage, for every additional kind of poison.

Kind of wanting to go with the classic image of an old hag here so the witch can truly be unique. Plenty of pretty women will be around anyways. I'd love to see a wretched old woman with a scary laugh walk through the corridors, being all creepy.

A young witch would likely end up being too similar to a succubus of sorts. Young witches are seen as seductresses after all.

Agreed, we will have a Succubus type character anyway, a haggard old witch would be a good unit to go with the potions mechanic, i think there is already a unit for that, but there are 2 main Foundry units (chunder and augre) I expect there will be several units that can use the Archive too, so why not 2 potion makers?

I agree, old women are extremely underrepresented, when it comes to video games. However, being old doesn't mean to be dirty, untidy and wretchedly poor, so please let the witch take some pride in her appearance, so she doesn't have to run around in potato sacks, or garbage bags. This may or may not have been a reference to two other existing artworks.

As they say with age comes Experience.

Castigator said:
I agree, old women are extremely underrepresented, when it comes to video games. However, being old doesn't mean to be dirty, untidy and wretchedly poor, so please let the witch take some pride in her appearance, so she doesn't have to run around in potato sacks, or garbage bags. This may or may not have been a reference to two other existing artworks.
Click to expand...
I kind of like the cliché wicked witch look, I don't want a witch to look like Sindel from Mortal Kombat.

I kind of like the cliché wicked witch look, I don't want a witch to look like Sindel from Mortal Kombat.
Click to expand...
No, that's not what I was talking about. I'd imagine her to look more like the Granny Weatherwax type. Not exactly ugly, but certainly old enough to be your grandmother. That would also explain the witch's low base HP. 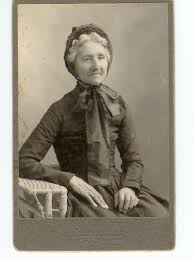 I can imagine an old woman like this, walking through your dungeon, poisoning your enemies. She doesn't have to wear overly flashy or expensive clothes, but I don't think the witch needs to be unspeakably ugly.

I kind of agree with Castigator actually. Old yes, but perhaps the over exaggerated "ugly evil old witch" look could be done without.

Honestly, I think old ugly Witch would fit better with the tone of the game, because it's a caricature, but it's not like I'd be up in arms about it if she wasn't.

I too think the cliche here is a good cliche. What separates witches from sorceress is that witches dabble more in nature, herbalism and curses. So they would be spending their time outside 'gardening' hence why they wear their rags. It's practical is all. Petticoats and bonnets are all fine, but not great for trudging round an underground battlefield

ALSO look at my take on the witch https://subterraneangames.com/threads/creature-hag.1980/

Prefering the ugly old ragged version myself, a disgusting woman that no one wants anything to do with. As if shes not welcome at the surface and retreated to the netherrealm here.

From there she would work with dark creatures while holding a grudge against the world above that banished her. She'd want to see it ruined.