nutter666 said:
Yes.. it crashed during the save. Thank you smartass. It decided for some reason it would rather freeze/lock up than open the WFTO folder to save into.
Click to expand...
There is only one song for this:

Lord of Riva said:
you know what? i will Add it under misc so the thread wont be fogotten
Click to expand...
I can do one better *Steals Riva's Thunder*

nutter666 said:
Yes.. it crashed during the save. Thank you smartass. It decided for some reason it would rather freeze/lock up than open the WFTO folder to save into.
Click to expand...
Sorry to hear that Nutter
Likes: Amon and Nutter

No pressure then!? And watch where you're cracking that whip, I could always have a couple of my cultists focus their attention on your mind instead of Mozareds....
W

nutter666 said:
Sure, by all means post your own takes on stuff too if you want
Click to expand...
Thanks! Here is my 10min sketch on a pixie.
This anatomy thing is hard... 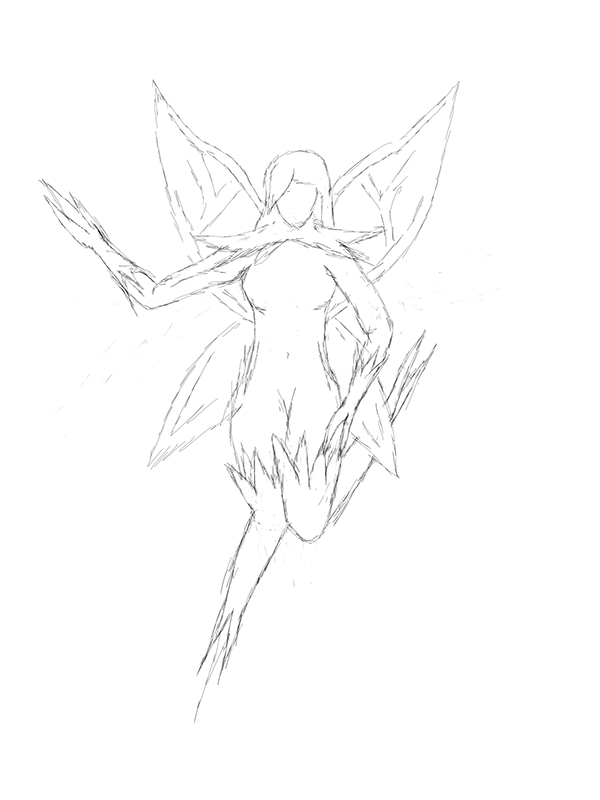 Likes: Noontide, Evi, Tommonius and 2 others

Ok, i've just about re-created the work I lost the other day. The main bit of the wall is supposed to be gingerbread but right now it looks more like toffee or peanut brittle to me so I might change it to that if I don't get it looking more gingerbread looking.

The top of the walls is obviously Chocolate and Sprinkles with a Smarties sweet to identify a players colour. Still a work in progress but i'm glad to be back to where I was before the crash.
Likes: Benz, Jobs2k, James and 5 others

Noontide said:
I can do one better *Steals Riva's Thunder*
Click to expand...
noooooooooooooooo
Likes: Cultist Joris, Amon and Noontide

Sweet... Don't mind if I post stuff as well Have been working on my take on the pixie as well I'll post the sketch here, when I'm done and satisfied with it
Likes: Evi and Amon

Wolv said:
I'm super paranoid about stuff like this, so for projects I keep a folder handy and inside that folder have multiple saves for the same project.
Usually my naming convention is 'Project Name - 0.00' and add +0.01 for every save.

This of course bloats the filesize of said project so I usually delete saves that aren't needed after a while.
Usually I keep saves 0.01 til 0.05 (to proof I actually made it) and then skip every 10 saves and keep the 5 most recent saves.
Oh and for very refined projects I add alphabetic characters to the version number, if I save a project multiple times a day.

In any case, you cool if I rarely 'hijack' your thread to post my take on your suggestions? You draw some neat stuff.
Click to expand...
Does Photoshop crash that often? I use Paint.net and it never crashed on me after working with it for 1 and a half year.

Peetfighter said:
Does Photoshop crash that often? I use Paint.net and it never crashed on me after working with it for 1 and a half year.
Click to expand...
It doesn't happen all that often for me (and when it does it's usually my fault for overloading an already old and tired laptop) but when it does, it tends to be a big issue. I'm so used to my stuff auto saving - Flash CS6 autosaves for me every 15 minutes that having to manually save stuff (especially when im in the zone and focused on the painting) often slips my mind.


To give everyone a quick update, since last week I was uploading a new piece of art almost every day whereas this week it has been less quick. Basically i'm trying to balance doing a little bit of work on my flash game project and a bit more on artwork for this thread whenever I have free time. I've certainly not forgotten about this thread and will definitely still be producing stuff for it, but obviously I can't just drop my flash project entirely either.

I'm currently aiming to get either one new character coded/implemented into my game (a fairly easy task), or a bit more of the awards/achievements system coded (a much longer task but one that can be tackled in bite size chunks) per day/free time period then "reward" myself with doing a bit more on the artwork for this thread.

Hopefully I should be able to show off a bit more progress on the Candyland Dungeon Theme later today
Likes: Amon

Heres my progress for today...

Got the walls looking a bit more like gingerbread and done a design for the claimed floor tiles. I've also thought up this amusing mentor one liner for such a theme.

"Hungry creatures are eating your walls... you may want to build a tavern." as I was waiting for the picture to export
Likes: Lord of Riva, Amon and Cultist Joris
W

Peetfighter said:
Does Photoshop crash that often? I use Paint.net and it never crashed on me after working with it for 1 and a half year.
Click to expand...
Nah it's just a habit I formed. Better safe than sorry.

Started work on the Dungeon Core but i'm not entirely sure what the core should look like for a Candyland Theme... Any ideas anyone?

Started work on the Dungeon Core but i'm not entirely sure what the core should look like for a Candyland Theme... Any ideas anyone?
Click to expand...
I'd recommend you watch Charlie and the Chocolate Factory for inspiration.

Maybe something not brown, because everything is brown now...
Also maybe add some decoration to the walls and floor in white frosting?
Last edited: Jan 26, 2014

a big fiery oven for the core?

AvatarIII said:
a big fiery oven for the core?
Click to expand...
A big oven, yes. That is itself made of gingerbread. :3

Took a little longer than I hoped, but here goes. This's my take on the pixie..
I was going for a bit of a wasp-like humanoid, so with those sticky little insecthairs and a stinger for a weapon.