As the title says here's 2 of mine. 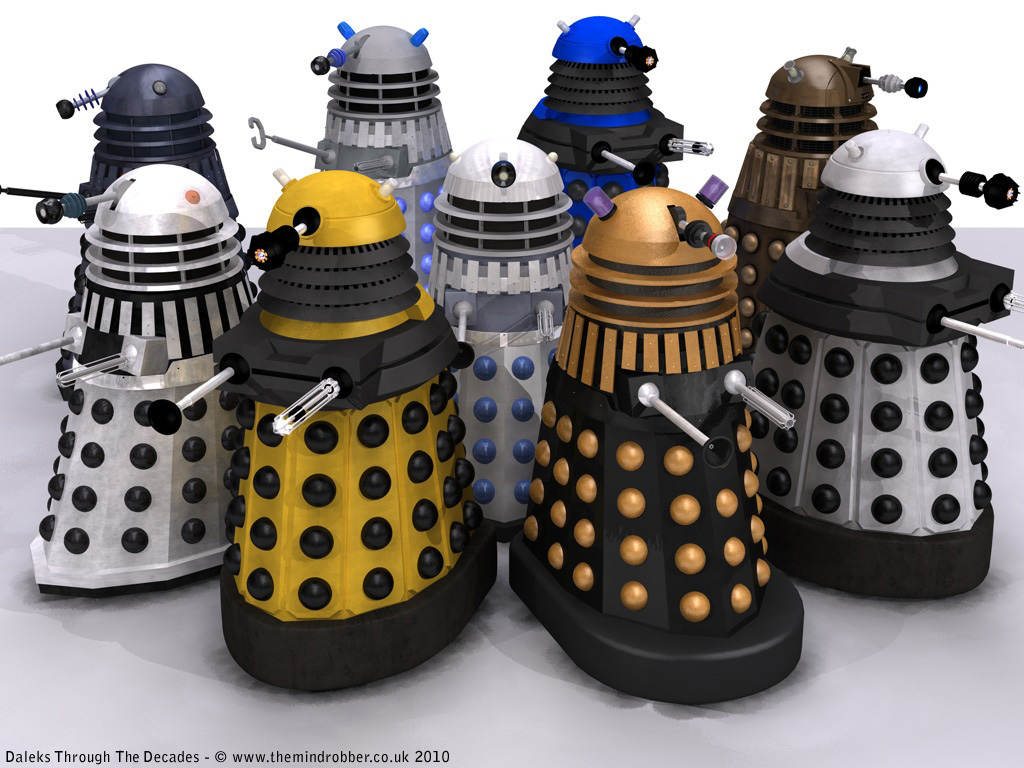 I know yeah so many different types, this picture includes the newest variant of Cyberman which will be in the show in 2013. (the one which has broken out the glass)
Likes: ohmai and Kronos

My favorite alien would probably have to be the Q Continuum, but Daleks and Cybermen are both very fun (and IMO the most recent version looks a whole lot like Ironman). My favorite for Doctor Who though would have to be the Weeping Angels, I can't watch one of those episodes without being freaked out. In Star Wars lore I'm a fan of the Wookies.

I don't think you can kill a weeping angel, only through a time paradox or a crack in time and space also making them look at each other.
Physical force won't stop them.
I have 2 favourites from Star Trek which are the Borg and Species 8472.
I never thought of it being iron man in look but it does.

I have to say the aliens you guys pick make me feel young, these guys are my favorite, the Sangheili from the Halo franchise.

I also like the Aliens from Mass Effect. Especially the Krogan, Turians and the Reapers.
Likes: Underlord Vulukai and Sangromancer East Sussex, far away from the viking raids.

Got to say that I really like the Orks from Warhammer 40,000. They are a comedic flourish that completes an otherwise grimdark painting. Hell if they weren't so disorganized they would be ruling the entire galaxy. Den agian wez da fun in dat?!

The Doctor would be my favourite
Likes: ohmai and Jobs2k

Can you tell which one is the alien?

Badwolf699 said:
Can you tell which one is the alien?
Click to expand...
Is it simburgur ?
Likes: Amon, Peetfighter and Lord of Riva

Miyavi said:
Is it simburgur ?
Click to expand...
Maybe

Badwolf699 said:
Can you tell which one is the alien?

fireheart47 said:
Your avatar?
Click to expand...
I based him more on a troll yet I saw a comment saying he looks more like a baby dinosaur.
I was reffering to the poster of TW and the Grey alien from the "Tommy Wi-Show"

I'd say the Doctor.
Likes: Jobs2k

Theres nothing more epic than a Krogan on a rampage

Miyavi said:
Is it simburgur ?
Click to expand...
LOL

I'm not a Star Trek fan and never have I sat through an entire episode of Star Trek however I really like The Borg. They're awesome.

As for my favourite scifi race I have so many that I love it's hard to pick. The first thing that came to my head was the 5th Edition Necrons from Warhammer 40k.

I mean other than looking pretty badass they've basically gone from being mindless subservient slaves of their gods to conquering and subduing their own gods for their use.The story goes that the Necrontyr were organic beings at one point, caught in a conflict between two great powers the C'tan and the Old ones, this is the original war that turned the whole immataerium into the twisting, crazy, hateful warp that it is today.

To make the Necrontyr into better warriors the C'tan moved their conciousness into metal shells, unable to die or be wounded beings of living metal hell-bent on the erradication of the Old ones and their allies. However it came with a price, the loss of their organic bodies lead the Necrontyr to the stark realisation that they had lost what made them well "Human" so to speak, they lost their feelings, to know what it's like to really live. So they turned on their gods, and ultimately destroyed them.

Anyone who can stand up to their creator after realising they got a terrible short end of a stick gets my respect, though I'd hate to imagine what it'd be like if we ever ended up in the same predicament.
Likes: Underlord Vulukai and Amon